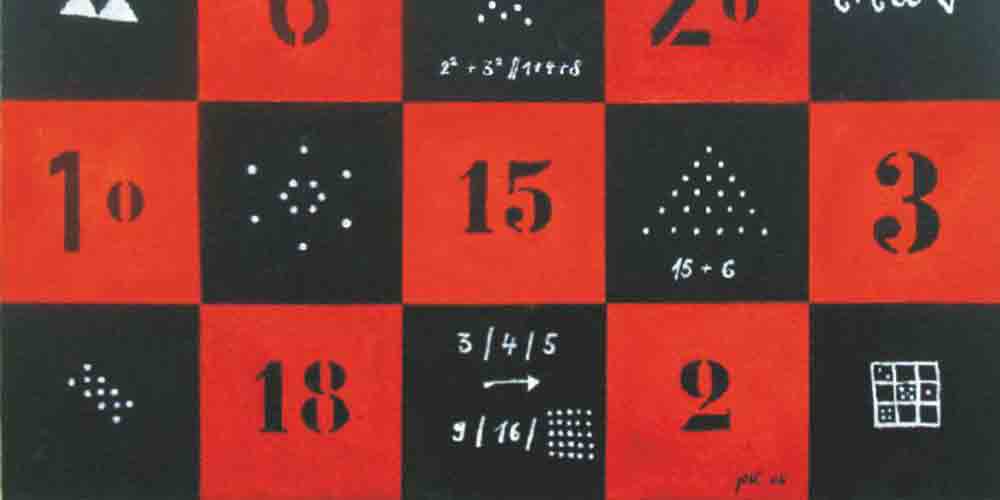 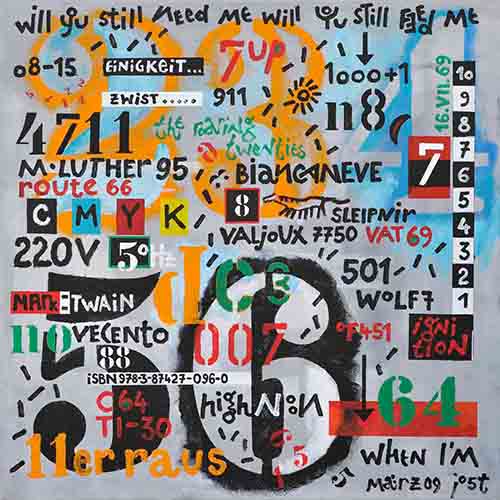 The Pythagoreans realised that numbers are hidden in everything, from the harmonies of music to the orbits of the planets, and this led them to proclaim that "everything is number".
By exploring the meaning of mathematics, the Pythagoreans developed the language that would enable them and others to describe the nature of the universe. Numbers are one topic the Swiss artist Eugen Jost is dealing with in his paintings; the other one is language. The longer he has worked in those two fields – numbers and language – the less he has seen clear border lines between them. With both he describes reality, with both he is able to play.
In the following ​poem​​ Eugen Jost tries to express his thoughts: 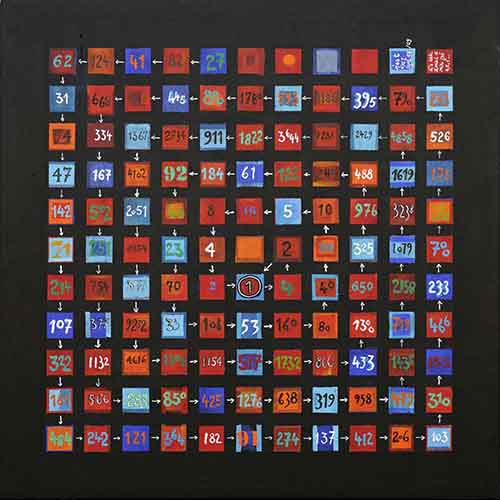 Numbers and Names
Wording and Words 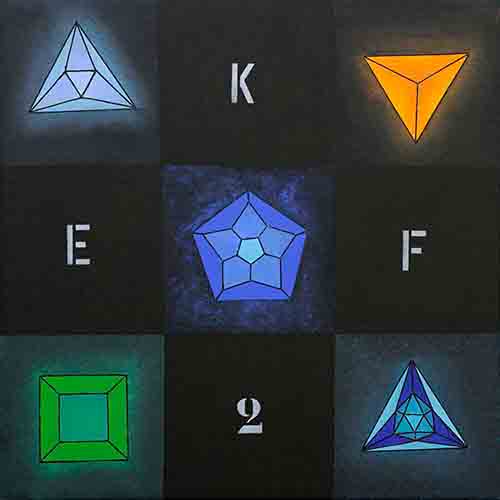 With planes and lines
we depict human, stone and animal
polychrome
or grey
we create new worlds
and universes

Since 2007 Gesamtmetall, the employers‘ association for the German metal and electrical industry, has been sponsoring partner for the project “mathematics in context” to which this project belongs.

The Center for Mobile Learning with Digital Technology is a scientific research institution of the faculty of mathematics, physics, and computer science at the University of Bayreuth. Main goal of the center is the development of mathematics software for mobile devices and qualified teaching and learning materials.

sketchometry is an interactive tool for exploring geometry and elementary calculus with a revolutionary gesture based user interface. It makes a tablet or smartphone a dynamic sketchpad.

JSXGraph is a cross-browser JavaScript library for interactive geometry, function plotting, charting, and data visualization in the web browser, developed at the University of Bayreuth.